“At BWG Foodservice, we have one simple goal and that is to deliver great quality food on time, at market leading prices”

Established in 2001, BWG Foodservice is part of BWG Foods, one of Ireland’s leading indigenous wholesale groups.

BWG Foodservice supplies ‘everything needed to run a foodservice business’, from gourmet food ingredients, chilled food, frozen food and ambient to alcohol and non-food products like catering supplies and catering disposables.
One of our key strengths is our local presence around the country meaning we are always close to you, no matter where your business is. We’re passionate about providing an industry-leading service while supporting local businesses and communities and delivering innovative food solutions.
We are committed to bringing our customers extra value in big, tasty portions and we like to take it up a notch with special extra value promotions.

Flahavan’s has launched the ‘National Porridge Awards 2022’ for hotels 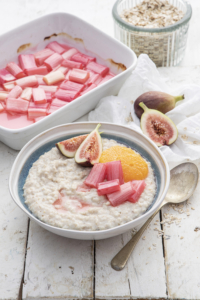 Flahavan’s has announced details of its inaugural National Porridge Awards 2022. The competition will be open to the hotel sector this year and has been developed

to help shine a light on the wonderful innovative ways hotels can play an important role in putting locally-sourced Irish oats at the heart of their breakfast experience.

“The idea of a National Porridge Awards has been on our radar for some time,” said Shane O’Hanrahan, Flahavan’s Foodservice Business Development Manager. “We want to acknowledge the innovative and creative ways hotels’ culinary teams can elevate the breakfast experience for their Irish and international guests by incorporating our world-class Irish wholegrain oats into their breakfast offerings. The time has come to celebrate and reward that effort.”

Entries for this years’ Awards must be submitted by 28th October 2022 and must, of course, incorporate Flahavan’s Oats

Coca-Cola is once again partnering with FoodCloud and FareShare for Christmas 2022, this year the initiative will redistribute over 143,000 meals across Ireland and Northern Ireland. With one in every nine people in Ireland living on an income below the poverty line* and inflation tracking at 8%**, Coca-Cola want to support FoodCloud and FareShare, part of Homeless Connect, in reaching those in need during this particularly challenging time of year.

As part of its longstanding partnership with both FoodCloud and FareShare, Coca-Cola donates product throughout the year, thereby reducing food waste and preventing the associated carbon emissions of food waste.

To build on this partnership this Christmas, shoppers in Tesco stores across Ireland will be in with a chance to win a meal out as part of a ‘Win a Meal, Give a Meal’ campaign and for every entry received, Coca-Cola will donate a meal to FoodCloud, up to the